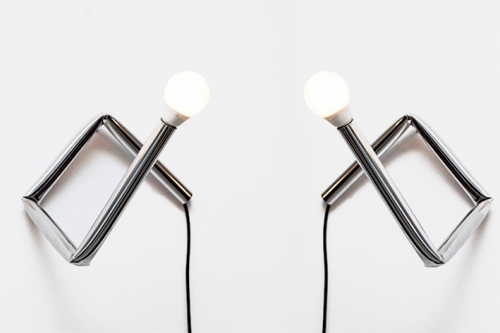 About the artist and the work

Stéphane Barbier-Bouvet (lives and works in Brussels) Through different projects, such as his design studio atelierbbb, the construction program he initiated for the cultural field called Kaiser Kraft, and the exhibition space 1m3, Stephane Barbier-Bouvet conceives of his practice and productions not as autonomous proposals, but in response to a situation; emerging spontaneously out of the ideal combination of their functions, materials, techniques, their economy and their meanings. His approach relies on an open-field system, applying a methodology of design on the various cultural fields in which he intervenes, specifically questioning the notion of exhibition and the status of objects.

Since 2006, he developed a wide range of solo and collaborative projects; providing a lighting system for Hotel Abisso at Centre d’art Contemporain in Geneve (2013), curating at 1m3, displaying Fun Palace at Centre Pompidou (2011) or the Swiss Design Awards at Mudac (2011), furnishing the streets of Hyeres (2011), as well as Une Préface at Frac Ile deFrance (2013), decorating the Casa Tabarelli by Carlo Scarpa (2013), constructing the CCLA, Centre Culturel les Arques (2012), and a pier on the Dordogne River (2013), and exhibiting at Thruthandconsequences gallery and La Vie Matérielle at Fondation Ricard (2013).